Ed Tudor was Regency's President during the development & production of the TR-1, and Ed was presented the serial #2 Regency TR-1 on October 28, 1954 for his outstanding leadership role. The PBS History Detectives conducted an investigation to find the earliest existing Regency TR-1 in a Season 10 episode, and Ed's son, Clay Tudor shown in the photo, and the serial #2 TR-1 were featured in this show. View the short episode preview, or watch the Full Episode. Ref: History Detectives Transistor Radio, Season 10 Regency TR-1 starts at 28:45

Common industry practice starts serialization of production products with 1001, as was the case for the Regency TR-1

So where is the Serial Number 1 Regency TR-1?

In 1980 at the Texas Instruments 50th company anniversary, Buddy Harris in the photo below exhibited a TR-1 that he said was the first unit off the assembly line. Harris was the TI project manager during Regency's development of the TR-1. It is not known who currently has possession of this unit. 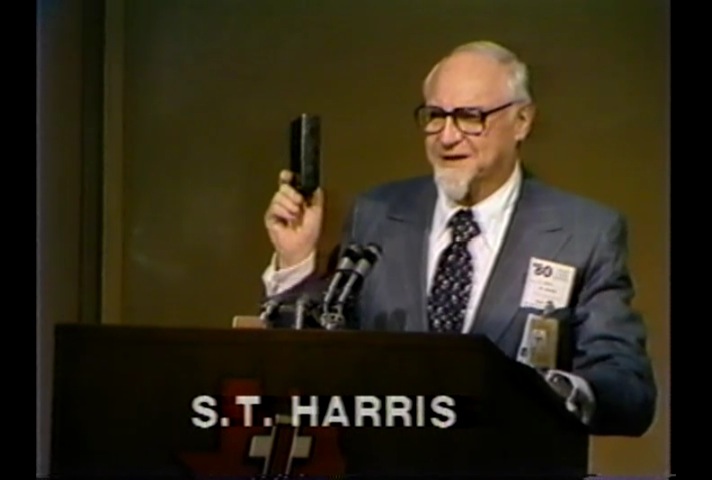