photos and video courtesy of the Tudor Family

Ed Tudor joined I.D.E.A. in 1946 (still a partnership company at the time) and was the company's President when it became a corporation in 1947. Tudor was instrumental in expanding I.D.E.A.'s business over many years, including 1954 when the Regency Division formed a partnership with Texas Instruments during the development of the TR-1. On October 28, 1954, Ed Tudor was presented with the Serial No. 2 Regency TR-1 in recognition of his efforts.

view the video of Ed Tudor at this 50th anniversary celebration. TI Vice President, Pat Haggerty, is shown at the tail end of this video. 3:04 minutes 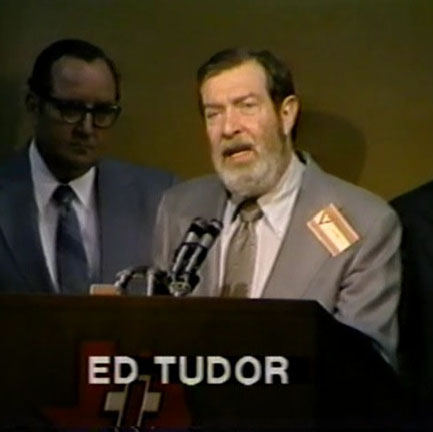 The IEEE conducted an interview with Tudor in 1985.