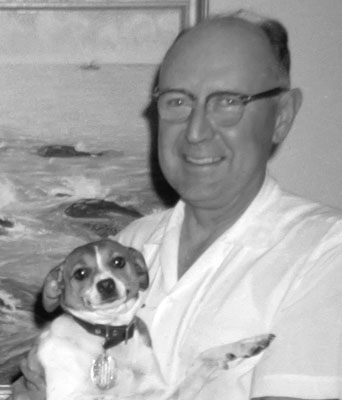 Joe Weaver co-founded I.D.E.A. in September 1945 as an engineering consulting partnership company with John Pies. Their first project was to build a movie projector in Joe's basement.

Excerpt from Joseph B. Weaver Resume in 1961 Regency Stock Prospectus:

From July until November 1941, he was employed as an engineer in the experimental test department, Allison Divison, General Motors Corporation, Indianapolis. From 1941 until 1945 Mr. Weaver was a design engineer with Radio Corporation of America, in charge of production design work on 16MM sound motion picture projectors. In September 1945 Mr. Weaver and Mr. John Pies established as a partnership I.D.E.A., a predecessor company to Regency Electronics, Inc. to do consulting and design work on electronic, electro-mechanical and allied devices......"

Artifacts from Regency and Joe Weaver are on display at the Southwest Museum of Engineering, Communications and Computation in Glendale, Arizona and found on the web at http://www.smecc.org/idea___regency.htm